Contents of the article:

Banks propose to restrict operations with cryptocurrencies. This is part of a global trend. Since the first bursts of interest in the crypto industry and cryptocurrencies in particular, which began in the mid-2010s, the capitalization of all cryptocurrencies is at $1 trillion (at the time of writing it was $0.911 trillion according to coinmarketcap).

That’s about 1/6 of all mined gold on the earth’s surface. This makes it necessary to take the crypto industry more seriously. It’s no longer a niche story, and regulators around the world have begun to pay closer attention to the crypto industry.

But while licensing exchanges and implementing KYC and AML procedures are basic requirements of most regulators, restricting all activities is so far a strategy that regulators have used less frequently. That tighter restrictions have so far appeared on the agenda in the US, China and Russia may have understandable strategic reasons.

Although public attention to cryptocurrencies increased in the early to mid-2010s, the economic idea behind cryptocurrencies has long been known. With the ability to exchange value directly, participants in such exchanges can gain more than with uniform standards that work for everyone.

This idea is vividly reflected in complementary currencies (e.g., gaming currencies), and they existed before distributed registries.

Such technologies, including blockchain, have made exchanges between any parties easier, safer, more transparent and more scalable. Therefore, approaching from the logic of complementary or private currencies, the crypto industry has proven to be larger in terms of covered users. 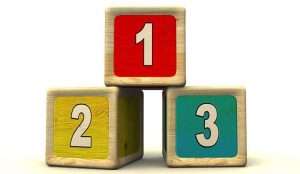 The problems associated with this kind of scaling are clearly visible in terms of risk assessment by different regulators.

Firstly, complementary currencies tend to focus on value rather than user interface. This may not be an issue when it comes to niche communities, but in today’s realities, a poor customer experience is equivalent to reduced financial inclusion.

Secondly, when we talk about scaling niche forms of value, there is the risk of connecting those in the mainstream community who can’t find the same attitude to value as most.

This is a great way to attract participants in the shadow economy, they have just a different attitude to value. And some cryptocurrencies, especially those aimed at anonymity like Monero, Dash or ZCash, even starting with good intentions, have proven to be the main tool of the darknet.

Third, the nicheisation of value leads to additional challenges in integrating cryptocurrencies and the traditional economy. For example, a key principle of traditional financial intermediaries is economies of scale, which encourages large providers and infrastructure projects. This does not beat the logic of decentralization that is usually embedded in crypto industry projects.

All three of these risk groups contradict the logic of financial services regulators. On the one hand, they typically aim to increase financial inclusion. On the other hand, they aim to increase the legality of transactions and the stability of the financial system. Therefore, the development of the crypto industry without addressing these risks could be a significant argument for banning the crypto industry as we saw in the early days, for example from China or the US.

However, in addition to these arguments, there is another factor.

If you look at the history of financial systems, regulators have moved on from gold and currency standards and the Bretton Woods system to providing a social contract. Fiat money is guaranteed by the promise of the state (and regulators in particular) to maintain the stability and continuity of the financial system.

In cryptocurrencies, such stability and continuity are guaranteed by technology, especially the consensus mechanism chosen within the system. The willingness of economic participants to use particular currencies is due to the trust in the state and the technology, which leads to a struggle between different forms of money.

If you look at the research statistics from the Edelman group, trust in technology has been at its highest level globally for the last 10-15 years. At the same time, trust in financial services has been at its lowest since the financial crisis of 2007-2009. The trend is that this gap is shrinking and there are some differences across countries, but still, the interest in cryptocurrencies is quite understandable. But there is another interesting statistic.

People in many countries trust companies more than the state. This opens up opportunities for further development of currencies, but coming from companies.

Aspects of corporate projects of own currencies are especially seen in Diem (former Libra) by Meta (former Facebook). As one of the big tech companies, Facebook (Meta) falls right into all the zones of highest credibility: a corporation that actively develops technology. So, the initial Libra project had a pretty clear target audience and proposition: an alternative currency for countries where trust in the state and the traditional financial system is particularly low.

Countries with hyperinflation or a changing political system, for example, are well suited for being such an audience.

This goes against the logic of state-owned fiat currencies, whose credibility, according to surveys, is significantly lower than that of technology companies. Therefore, despite the potential benefits, regulators were quick to take notice of the project. From the original list of project partners, everyone associated with the modern financial services industry (from payment processors to fintech start-ups) stopped working with Libra. As a result, the project was frozen and after a few years both the positioning and the name were changed.

This case illustrates quite well the logic of how corporate and national currencies interact. If they threaten the stability of existing financial systems, the project will be frozen or modified. 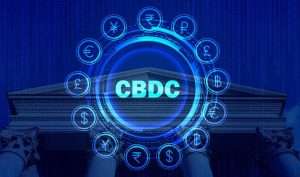 Regulators have responded to the challenges posed by cryptocurrency and corporate digital risks by developing their own digital currencies. Essentially, central bank digital currencies (CBDC) are a combination of the characteristics of providing value based on technology and on the promise of government. Which side outweighs another depends largely on the specific design of the CBDC. 2021 can safely be called the year of launch, as the vast majority of countries have announced the launch of their own crypto initiatives. Many regulators plan to use distributed registries in the design of digital currencies, but the details of most projects are not yet clear.

Nonetheless, the launch of CBDC adds another type of currency that broadly responds to the same audience needs as cryptocurrencies or corporate currencies: a seamless experience of financial services through new forms of value and the definition of that value based on or in response to technological developments.

This increases regulators’ interest in alternative currencies, as CBDC are likely by design to be embedded in a stable financial system and anything that would undermine their attractiveness could generate additional interest from regulators.

If regulation is removed from the analysis, based on trends in consumer behavior and the strategies of companies and entrepreneurs in the crypto industry, all applications could be expected to develop: both CBDC and private company currencies and cryptocurrencies themselves, with adjustments for basic regulation (e.g. embedded KYC and AML/CFT in decentralized systems or in cryptocurrency exchanges).

KYC helps to address the request of those people who, for whatever reason, do not want to take the promise of stability of the financial system at face value and request at least part of a formalized technological definition of value. This may be relevant, for example, in public payments, especially large procurements, public disbursements and budget spending, as the use of digital channels solves the problem of transparency and allows for more effective monitoring of cash flows. Corporate currencies are relevant for those who, for whatever reason, trust corporations more than the government, and cryptocurrencies could be an interesting extension of the development of complementary currencies.

The problem is that in most of these cases, the three basic criteria of (1) increased financial inclusion, (2) stability of the traditional financial system (including the attractiveness of CBDC) and (3) legality of transactions are usually violated.

This is why cases like the outright ban on cryptocurrency investments in China or the US or the new proposals to restrict the use of infrastructure for cryptocurrency transactions arise.

Most likely, if future uses of different types of currencies do not meet these three criteria, we will see more and more severe restrictions on the use of private and corporate currencies.

And while regulators in some countries are even starting to use cryptocurrencies instead of national currencies (as in the case of El Salvador), it is likely that global regulatory trends will rely more explicitly on the above criteria. 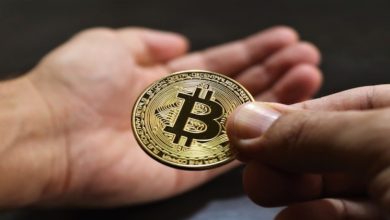 FOREX BROKERS TO WATCH IN 2021 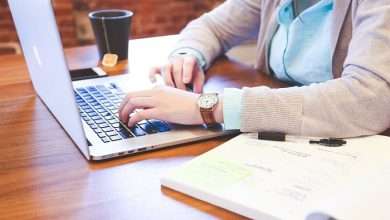 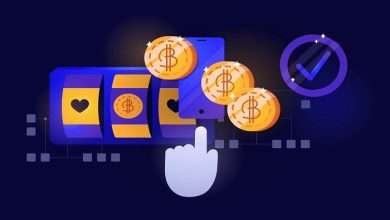 What is a Provably Fair Random Number Generator in Online Crypto Gambling?