In recent months, an unprecedented excitement has played out in cryptocurrencies – both private investors and the largest investment funds, and technology companies are increasing their investments in them. More and more often, parallels are drawn with the fact that cryptocurrencies are analogous to gold, only it does not lie in the form of an ingot in a safe deposit box, but in the form of a combination of numbers in a virtual wallet. At the same time, cryptocurrencies have not found themselves over the years of their existence – they are, to put it mildly, dubious both as currencies and as an investment instrument.

The state of health of cryptocurrencies is easiest to determine through the course of the most popular of them – bitcoin. The first wave of interest in it came at the end of 2016 and the beginning of 2017 and in a matter of months raised the price of one “coin” from several thousand dollars to almost 20 thousand. Then it seemed that this was a lot, especially since the bitcoin rate rolled back just as quickly, leaving a huge mass of “investors” who bought them at their very peak (often for borrowed money) to calculate losses and disassemble their mining farms.

The reasons for the current growth in the rate of cryptocurrencies are the same that are now raising the price of most stock indices. This is the ultra-soft monetary policy of two essentially major world central banks – the US Federal Reserve System (FRS) and the European Central Bank (ECB). To help the economy because of the pandemic (in fact, with interruptions since the 2007 crisis), they hold zero or negative rates and carry out quantitative easing – they increase their balance sheet and buy bonds (corporate debt) with this money. Because of this, their profitability falls, which encourages investors to invest in company stocks and look for other profitable, and therefore risky projects.

During the pandemic year, about $3 trillion came to financial markets in this way, the US authorities announced that they were planning another package of assistance to the economy for $ 1.9 trillion (all these are unprecedented volumes). In this crisis, there is a peculiarity in the “aid packages” – active budgetary stimulation, including direct payments to the population. They, too, could go on a wave of optimism and “free money” for investing in cryptocurrencies, which inflated the course.

“If monetary stimulus continues in the largest economies for a long time, then budget support will begin to wind down already this year,” warns Evgeny Grankin, senior analyst at Gazprombank’s Center for Economic Forecasting. However, the first signs of future normalization and monetary policy have appeared – rates on “long” bonds have begun to rise in the United States – and this may return investor interest in classical instruments, which will cause an outflow from the same bitcoin, adds Anton Prokudin, a leading methodologist of the Expert RA agency … Thus, a serious wave of fluctuations will inevitably cover the traditional stock market, not to mention the cryptocurrency market, where the correction will be much more significant. All this will resemble the situation with the leaps in cryptocurrency rates four years ago and will emphasize their nature of a super-risky speculative asset. And, as last time, not hedge funds will be left behind, but ordinary investors.

A number of investors explain investments in cryptocurrencies by the fact that they are an alternative to gold. Most of the investors are trying to buy dogecoin with PayPal using various exchanges. ”There are some similarities here: Bitcoin, like gold, does not generate interest for its holders and has a limited supply,” Grankin says. But unlike gold, bitcoin and other cryptocurrencies have no industrial use. And an asset that is so prone to fluctuations can hardly be called “defensive”, which is quite applicable to gold. 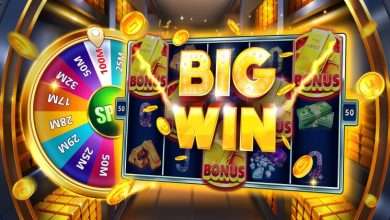 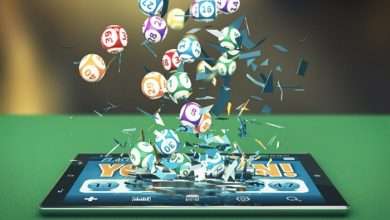 How Easy is it to Play Lottery Online?