For years now, cannabis has been making a comeback in the world of alternative medicine. This is due in no small part to the development of CBD, a cannabinoid that can be extracted from the cannabis plant. Unlike its sister compound THC, CBD doesn’t result in a high or any of the unpleasant side effects that are commonly associated with marijuana. As a result, CBD has become increasingly popular around the world and is being used for its various therapeutic benefits. However, CBD is hindered by laws and regulations that haven’t kept up with the times.

In the UK, the CBD market has been booming as more and more people discover the benefits of this wonder drug. This year, a lot of the focus has been on the government’s attempts to regulate the CBD market. A recent paper released by Maple Tree Consultants requests that the UK government review its existing, overly restrictive approach to regulations regarding the cannabis market. The paper has laid out the potential for the UK cannabis market, including the ability to generate thousands of jobs and millions of pounds. But will the government be able to adapt these laws? And what should CBD distributors do to navigate this transition?

The Global and UK Cannabis Industry

As more and more countries look to legalize cannabis, policymakers around the world are struggling with an array of challenges related to the drug. While it was once commonly used for recreational and medicinal purposes, it has long been a controversial subject, leading some countries to outlaw it altogether. While many politicians and citizens have firmly embraced the drug, others have been slower to change their opinions. But times are changing: the past decade has seen an increase in legalization, with many countries now allowing cannabis to be used for medical purposes, and some even legalizing recreational use.

The recent surge of growth within the UK cannabis industry was a result of ongoing efforts to reform the laws surrounding the use of cannabis, a process that has been full of contradictions and reversals. In the UK, controlled substances fall into one of three classes (A, B, and C) according to their perceived level of risk, with Class A having the most stringent penalties. In 2004, cannabis’ legal classification was downgraded to Class C from Class B, moving into a controlled substances category perceived to be less harmful, and as a result, warranting a lesser penalty. However, in 2009, cannabis was moved back to Class B, highlighting the country’s rocky road to legality.

The UK imports 100% of its cannabis medicine and the majority of its CBD products because of the complicated licensing requirements and regulations. In fact, only three NHS cannabis prescriptions have been provided since medical marijuana became legally available in 2018. Despite these tight and convoluted legal measures, the UK is one of the largest exporters of medical cannabis.

The report by Maple Tree Consultants and Mackrell.Solicitors provides recommendations to the UK government, including some of the following suggestions:

In addition to the existing regulations, the UK will have to provide even more transparency in the CBD industry, as well as make it clear that there are already regulations in place. Reviewing and implementing these new regulations would help make it easier for companies to develop and export cannabis products. Further, the report states that the medical cannabis market could be worth £2 bn, and create thousands of new jobs. While the UK is already a global leader in the CBD industry, its market share will increase if the country focuses on creating a regulatory environment that encourages businesses to enter the market.

The state of CBD in the UK is a confusing one, and as a result, a lot of the focus has been on the government’s attempts to regulate the CBD market. CBD is by far the most common therapeutic compound found in cannabis. CBD is found in high concentrations in hemp, which is part of the reason it’s becoming such a popular wellness ingredient. In addition to cannabinoids, hemp seeds contain amino acids, trace minerals, fatty acids, antioxidants, and fiber, making hemp a nutritional powerhouse.

CBD is one of the most popular cannabis products on the UK market, and has been making its way into mainstream society in a broad range of industries, from cosmetics to food. For example, manufacturers add CBD oil to skincare products due to its anti-inflammatory properties. CBD has also been attracting more and more attention in the scientific community for its potential therapeutic applications as it has shown potential for relieving pain, anxiety, and depression without the high associated with THC. CBD provides a natural, alternative option to the pharmaceuticals that are currently used to treat a variety of health ailments.

CBD’s blossoming industry needs to be poised to take advantage of the rising demand. And with the growth of the CBD industry in the UK, it’s no surprise that the UK government is scrambling to come up with clear laws surrounding CBD products. Although cannabis products have long been illegal in many countries, the tide is turning in favour of legalization, with cannabis laws being relaxed in North America and elsewhere. This has led to a number of challenges for governments, businesses, and cannabis consumers. However, one thing is for certain: if the UK wants to solidify its place in the global CBD market, its regulatory landscape will have to be reworked.

This article was written by Philipp Fuhrmann. Philipp is currently the President and CEO of CanX CBD Processing Corporation, a wholesale manufacturer of premium CBD. Mr. Fuhrmann also has a background in corporate structuring and has raised funds for a variety of projects ranging from technology to medicinal marijuana, hemp, and CBD. 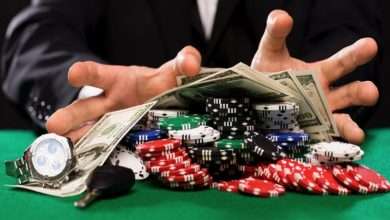 The Best NZ Online Casino for Fun and Profit! 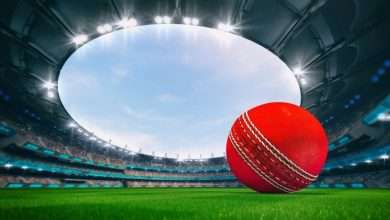