Not too long ago, underwear remained in the unmentionable category. Underclothes in general were a taboo topic unless there were purely practical connotations. It’s an undisputed fact that the majority of the world wears underclothes, which serve some important purposes. They can add a layer of protection and contribute to proper hygiene and are practical as a layer of warmth in cold areas.

Underwear is part of our daily wear—work, recreation, or in between. While styles and colors may vary, there is a standard design to most underwear for men and women. Underwear designs for women often vary in style and color with matching components a popular feature for today’s undergarments. In recent decades, the basic construct of underwear has remained similar, but the diversity of style to accommodate sizes, shapes and tastes continues to expand and evolve.

In order to understand the evolution, one must understand the past about the history of underwear.  While, historically, there were specialty suppliers with garter belts and other pieces to promote romance or celebrate special occasions, daily wear was standard in colors and style until the 1970s. Enter Victoria’s Secret—the then up-and-coming lingerie mogul focused on creating sexy undergarments for women of all ages.

From its inception, the brand focused on representing color palettes and style as well as function. Relying on its niche and a vision of its ideal body shape, Victoria’s Secret provided women of certain size, shape and income with an opportunity to purchase undergarments in a fun and hip environment where the clerks were known for their enthusiasm.

The business model was successful, and with its deeper-discount model for larger purchases, Victoria’s Secret became the go-to concept for gorgeous underwear and the ideal female physique. As their business expanded to corner the market, their exposure increased to include runway shows and televised spectacles featuring some of the world’s most prominent super models and celebrities.

In the past decade, the Victoria’s Secret luster has dimmed as two prominent forces entered the landscape, changing women’s lingerie and the industry permanently. With the social media platform, Instagram, on the rise, anyone could aspire to model and earn a global reach based on their following. As women both led and informed the movement of Instagram influence, the prevailing notion of tall, thin model as the standard for beauty was disrupted. Now, anyone with a phone and decent lighting could post photos and gain followers.

As the proverbial stars aligned for women’s voices, the fate of the ideal-woman-persona took a hit, as did companies that promoted it. With louder voices and clearer messages, women across the world began voting with their likes as much as their dollars, and the need for lingerie that catered to women of every shape, size, race, and style was put at the forefront of industry conversations.

Influencers became the newest and best advertising to reach younger demographics, and testimonials shone a bright light on the best and the worst in the industry. As if these shifts weren’t enough, the world was hit by a massive lifestyle shift as COVID-19 shut down cities and nations on a global level. Real and authentic became more than buzzwords, they were sought-after commodities for consumers locked away at home and vulnerable. When the world opened back up, it was changed, and the ability to reach people through glossy ads and shiny objects was tempered by a need for personal connection and authenticity.

Shaking up the narrative further were companies like Knotty Knickers, the underwear subscription company that commits to marketing without the use of touchup and altering its models in editing. With the one-two punch of authenticity and online ordering with delivery, it became a resource for quality, affordable underwear designed for women of every shape, size and race.

“The notion that fun, beautiful, functional underwear are only available to a particular body type and should only be represented by a specific race is beyond antiquated,” says a representative for Knotty Knickers. “We have moved into a world where access to beautiful, functional, affordable underwear shouldn’t be a ra, it should be a demand.”

As new and innovative companies enter the lingerie industry, small companies are growing and leveraging their success to choose how they source materials and labor—adding another layer of social consciousness and appeal for many. An industry once led by a nearly impossible standard of beauty is slowly correcting course to recognize and celebrate the unique beauty of every human being, particularly in women’s intimate fashion.

As soft goods and apparel brands enjoy a boost through innovative and interactive online technology, North American shoppers are contributing in big ways. Large brands are sitting up and taking notice as the idea of what beauty looks like embraces a growing landscape of possibilities. 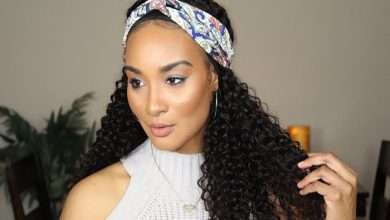 A Guide to Choosing the Right Glueless Wig