Today, underwear is an everyday staple for most people. Ladies often wear both a bra and panties as an added layer between their skin and their outside dress. Men have a number of choices as well, the standards being boxers or briefs.

While this extra layer of clothing is pragmatic, the demand for comfortable, attractive underclothes is huge in today’s market.

“Undergarments transitioned from purely functional to botaesthetically pleasing long ago,” says a representative from Knotty Knickers, America’s leading underwear subscription company. “And that transition historically occurred in the wealthiest circles first. As recently as the past decade, beautiful, pleasing undergarments have been less accessible to certain demographics and subsets based on income, size, and shape, but today we celebrate diversity as the underwear evolve.”

Underwear has a long and interesting history, an evolutionary journey that has brought it to the clothing we know today. From the earliest underwear and function to runways and undergarments as an indulgence, the history of this small bit of clothing is fascinating.

Many people wouldn’t consider the loincloth underwear, but it is the first available evidence of any garment that covered the wearer’s private areas. While its function was not to conceal anatomy, it served an important purpose.

The loincloth was often found in tribal communities, where there were small groups of people that knew each other very well. They also date back over 7,000 years. Even King Tut was buried with multiple loincloths. The women’s version of the loincloth was really a dress—not something that would generally pass for underwear today.

Over time, wearing more than one layer of clothing began to have social connotations. Specifically, it was a sign of wealth and power to wear decorative layers over a more traditional loincloth. The inner layer, what is generally known as underwear today, became a way to show that you had status within a particular society.

The Roman Era is likely the first time that underwear as we know it today appeared. The Romans took great pains to honor the body by ensuring that it was fit and clean, and underwear helped accomplish some of those goals.

The push-up bra as it is known today is attributed to Roman society as well. Women used a tight band worn below the breasts to push them up. In fact, failing to wear something like this band was seen as barbaric, so it was a sign of a more cultured or civilized society.

There is little record of undergarment use in Medieval times. Any mention of underwear typically referred to the pieces worn by men. While women wore a pad-like item during menstrual flow, there was no consistent layer of clothing to wear as protective covering. It should be noted that even these sparsely mentioned undergarments were available only to the wealthiest among the population.

During the Renaissance, undergarments made great strides forward, both in functionality and appearance. Unisex garments were developed, including long underpants—or knickers—and stockings. Layers were again a sign of power and status, so undergarments were elaborate and difficult to remove or put on.

The Early 1500s: The Birth of the Corset

The corset is perhaps the most well-known early underwear. While it can still be seen in use today, it is generally not used as the first layer right up against the skin (at least not for daily wear). A corset is a tight-fitting garment that women wear over their upper bodies. When laced or tied correctly, it often gives the woman an hourglass shape, with a noticeable lifting effect to the breasts.

The goal of the corset and other underwear from about the 1500s to the 1900s was to shape the body in a certain way to make it more appealing.

Caterina de Medici, the wife of the King of France (Henry II) in roughly 1500, is credited with introducing more widespread use of the corset. She was Italian, not a French native, and was criticized for her curvy waist, so she used the corset to make herself look more like French women of that time. She forced the other women of her court to wear corsets as well.

Over time, the use of the corset decreased, largely blamed for physical diseases, including the displacement of organs. Corsets were sometimes associated with a mental condition generally labeled hysteria at that time. Even without the use of the corset, however, layering was still very popular.

Caresse Crosby is credited with the invention of the bra. She wanted to have coverage over her breasts but did not want the constriction of the corset. She used two handkerchiefs and pink ribbon to construct the first bra. Because it was so much easier to move using Crosby’s invention, other girls were excited to try it out.

Transition to Today: The Freedom of Movement

Gradually, layers and layers of fabric decreased and became shorter. Knickers turned into modern underwear, and corsets turned into bras. Ultimately, people found that less fabric meant more freedom of movement. Part of the need for more comfortable and practical clothing came from the need to work—including historical time periods such as World War II, when women were called to help out in the factory during war times.

Today’s underwear blends the sex appeal and beauty of different eras with the functionality of early underwear, and its availability to the masses continues to expand as companies find their footing in a world that embraces all body types and overcomes the stigmas associated with size and shape. With companies like Knotty Knickers spearheading an undergarment revolution, the future is rife with possibilities in the industry. 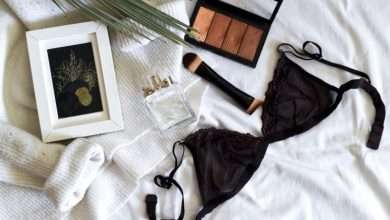 THE MATTER OF UNDERWEAR: COMMON MATERIALS USED IN TODAY’S UNDERGARMENTS 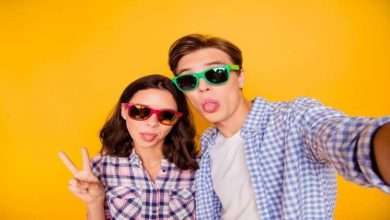 Countdown to The Hottest Goggles for Summer 2021 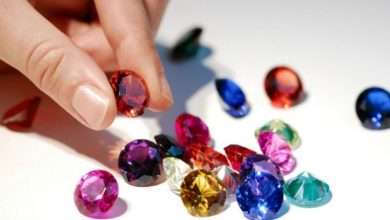 Enjoy A Healthy Life With The Right Gemstones 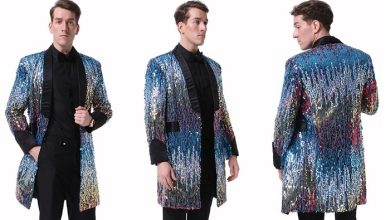