Sunny Greece attracts vacationers not only with its historical and cultural heritage. For exciting yachting, this is one of the most interesting European destinations.

The many beautiful islands, which make up a total of about 20% of the country, are each interesting in its own way: unique natural phenomena, archaeological past, colorful local folklore and luxurious beaches. Yachting in Greece can be an unforgettable sailing adventure. By the way, it is not necessary to have your own yacht; there is a service of yacht charter in Greece. It is convenient and inexpensive, and if you have a large company, it is very profitable.

The conditions for yachting in Greece

The large number of islands that make up Greece allows a variety of itineraries, both for beginners and experienced yachtsmen. The best period for yachting is from May to October. Weather conditions are favorable for yachting. Temperatures range from 25 degrees at night to 35 degrees during the day. It almost never rains. The only inconvenience may be the occasional wind. This phenomenon is typical for July and August.

The rental of yachts is most developed in Athens and Lavrio. These are the cities where the lion’s share of companies is concentrated, ready to offer a wide range of sailing vessels for charter. Good offers for chartering can also be found on the islands, such as Kos, Rhodes, Crete and others. Travelling on a yacht in the waters of the Mediterranean Sea is characterized by certain difficulties in navigation, caused by the north winds. Therefore, for beginners the best choice will be to rent a yacht with a crew.

Thanks to the most developed charter service, most yachtsmen choose Athens as their starting point. The city has a comfortable and well-equipped marina, Alimos, which is a popular starting point for yachting.
Choosing Athens as their starting point, yachtsmen have the unique opportunity to admire the Corinth Canal, sailing between the slopes of almost 80 meters high. It is breathtaking to sail through this waterway, whose widest point is just 24.6 meters!
The Corinth Canal connects the Aegean Sea and the Ionian Sea. During the boat trip you can visit several islands belonging to one of the groups into which the Greek islands are divided. 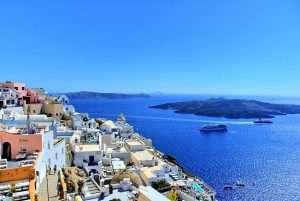 An archipelago of more than 200 islands in the southern Aegean Sea. Lovers of ancient culture will appreciate the Cycladic architecture, widely represented on the islands of Kimolos, Sikinos and Serifos.

For a more active holiday, Santorini and Mykonos are the best choices, with their bustling life and many entertainment venues. The most beautiful exotic beaches can be found on the islands of Paros, Anafi and Amorgos. 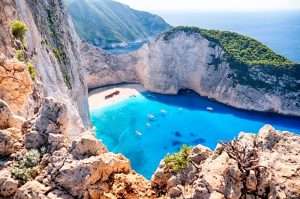 A group of seven islands located in the Ionian Sea to the west of mainland Greece. The itinerary around these islands makes for a truly interesting and fulfilling vacation. Aquatic activities are very popular on Lefkada. The waters of the island along the southern shoreline are great for surfing and paragliding.

Of great interest is the unique natural phenomenon of the area, the Blue Caves of Zakynthos. The place is perhaps one of the most impressive in all Greece. The walls of grottoes, formed in the rocks, sparkle with the reflections of sunlight refracted in the crystal clear blue water.

Traveling along the Ionian Sea, one cannot ignore the island of Kefalonia. The Melissani Cave, located on the east coast, is worth a hundred other sights. Such rare natural beauty cannot be seen anywhere else.

At the bottom of the cave is a lake fed by sea water. There is a gap at the top, the dome of the cave was destroyed by earthquakes and the dissolution of rocks by salt water. All of this has served to create the fabulous glow that arises from the refraction of rays of light in the water column. As you row your boat across the lake, you feel as if you are floating in a mysterious azure weightlessness. 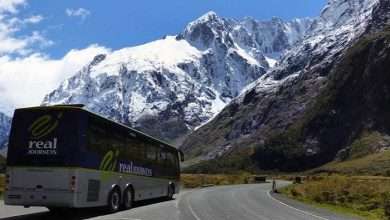 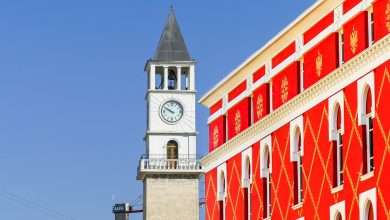 Nightlife and attractions in Tirana 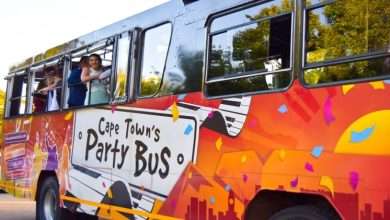 Why should You Hire Party Buses During festivals? 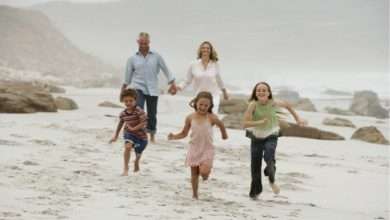 The live narration of a now converted and perky husband in Gulf Shores, Alabama